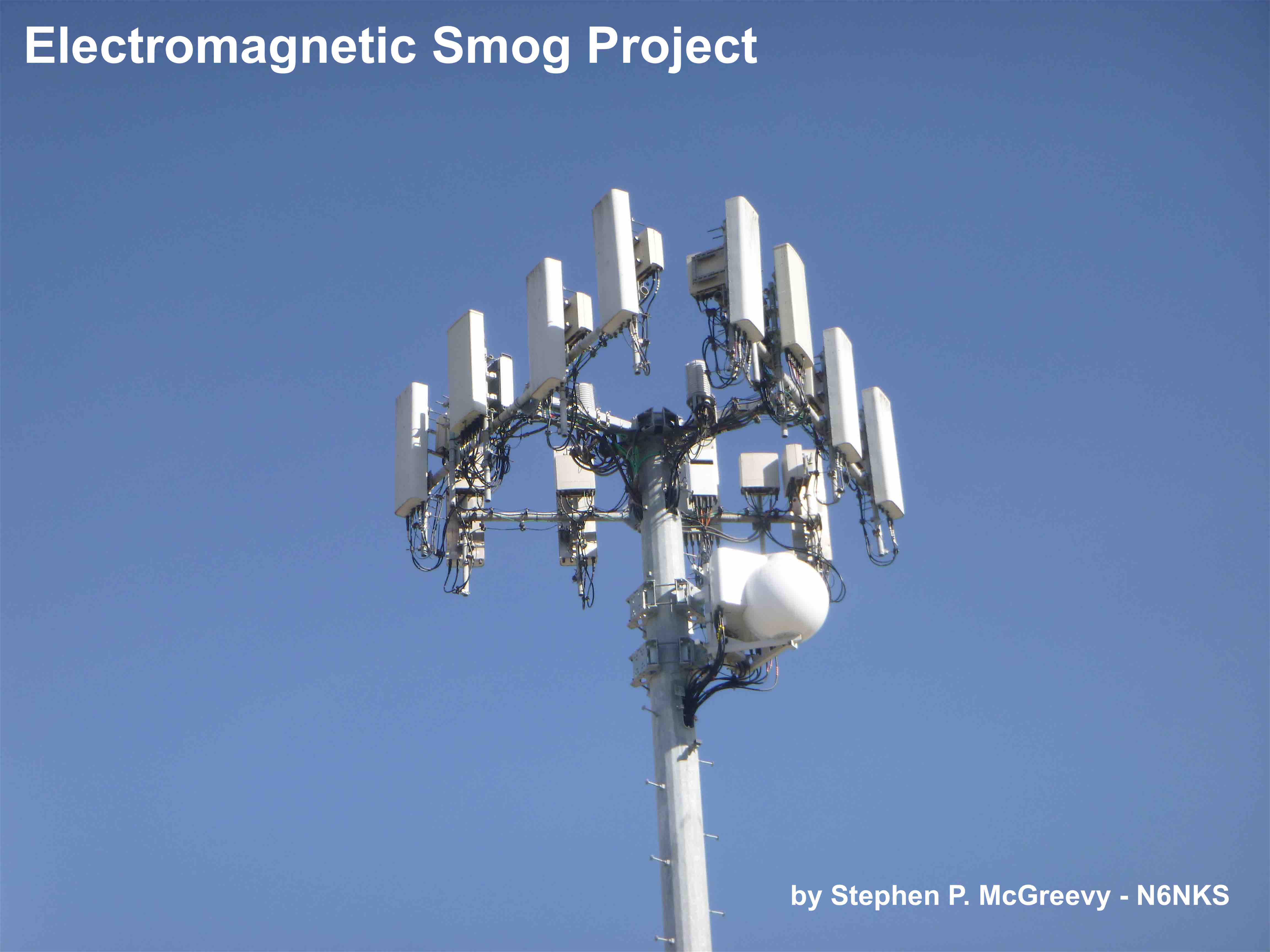 ELECTROMAGNETIC SMOG I: MICROWAVE EMISSION SOUNDS
Even in rural locations we are plagued with an ever-increasing amount of microwave "smog" emanating from a multitude of electronic devices such as microwave oven (leakage) signals; wi-fi; cellular/mobile phones and associated base-station cell-towers; bluetooth; and various radar emissions ranging from law-enforcement radar to maritime (radar on boats and ships) and aeronautical radar installations - both ground-based and onboard aircraft.  As such and increasingly fascinated by these signals and their sounds and strengths, in the Spring of 2016 I developed a few portable microwave-detector receivers, and prototype release entitled "MSDR-3" or "Microwave Signal Detector Receiver - Prototype Three.
I'm gathering amazing recordings of various sounds of this microwave "electromagnetic smog" in the Bishop, Lone Pine and (and vicinity) environs and in other places where I've recorded and will record various samples.
The amount of microwave and near-microwave (cell/mobile phone related) emissions even in a relatively small town is steadily increasing, and these are amazing sounding (ISM is not employed in North America but the CDMA mode is)!
With the exception of pulsed-radar-emissions, the majority of microwave emissions are digital-data in nature, thus they "sound" in the MSDR-3/4 like various buzzes and other tonal-noises and sound-effects.  Listen to these various audio-files to believe (particularly to the recordings of cellular telephone/4G towers!).
Is your computer or smart-phone sending undesired data packets when you least expect it?  WHICH device of mine is sending wi-fi data packets, as I see my router lights flashing?
Are you concerned or curious about your wi-fi signal coverage and relative router signal strength in its vicinity?  Are you curious to the "pulse repetition rate" of your local radar station (search or weather type)?  What does that cell tower sound like?  Do powerpole hardware electrical-arcs emit microwaves (they do)?  Wi-fi routers: who has one near me and where are they located?  Is the local wi-fi router being used?  These and many other questions can be answered and sleuthed by this amazing crystal/diode-detector receiver.
The MSDR-3/4 detectors (only prototypes in 2019 just for demonstrating these weird sounds of the signals) operates via the "crystal-detector" or "crystal video detector" method and are 1N23A/B microwave-diode based units (10 GHz max).
I'm Stephen P. McGreevy - the worlds most well-known field-recordist of Earth's natural ELF-VLF radio emissions and avid MW and SW radio DXer - with several audio albums here at Internet Archives.  This new album is about the various amazing sounds of microwave radio emissions and is a new thrust of field-recording I'm undertaking  alongside my natural-radio field recording-- Enjoy and be enlightened!
Stephen P. McGreevy - N6NKS - August 2016 and updates